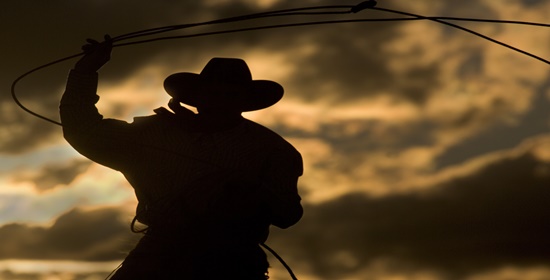 As you may be aware, Tableau is ramping up to release 10.5, a major new version. We got to preview this new release and put it through its paces. Despite a few limitations, it’s an impressive release with some incredible features and time savers. Read on to get our take on what makes this release stand out. Saddle up, it’s a fun ride!

Probably the most significant improvement in 10.5 is the new Hyper engine. This new backend engine replaces the current Tableau data engine technology. The focus with Hyper is improved performance specifically with large data sets. When an extract is done in 10.5, it now uses the .hyper extension. By ‘larger’ Tableau has certainly upped the game. The new Hyper engine can easily handle both live and extract connections in the billions(!!) of rows. Yes, you read that right! Billion row extracts with outstanding performance.

To test this new functionality, we used data sets from Kaggle. Here you can find data sets in the millions of rows covering many different topics of interest. Using a data set of 329k rows, loading it into Tableau 10.3 and getting the full row count back took approximately 19 seconds on the data page. In 10.5 with Hyper, the same data set opened in approximately 11 seconds. Creating the extracts themselves, we saw 10.3 complete in roughly 20 seconds whereas it took only 6 seconds to complete in 10.5 with Hyper! Both tests were done on a late 2016 MacBook Pro with 16 GB of memory and 2.7 GHZ i7 processor.

Working with the data itself on a worksheet also showed improved performance. Less filtering was needed. Now of course, we would never recommend you try to work with 329k rows directly on a worksheet (you should be filtering down to make things useful for the end user), but it’s nice to know you can if you ever find yourself in this situation.

Even if you’re not using data sets of this size, you will still see an improvement with Hyper. Smaller data sets will perform even better and Hyper is now able to use all of a server’s hardware resources in a more efficient manner. No matter what your data, Hyper is one of the best new features to come out of Tableau since v10’s initial release!

Another great enhancement with 10.5 is the introduction of Viz in Tooltip. Now when users hover over a mark on a worksheet or dashboard, they can get additional information. Think of this as drilling deeper into data without having to leave the initial worksheet. As you can see below, we have two worksheets: the first worksheet shows Sales by Sub-category. When you hover over each mark, a second worksheet is called up that contains a regional breakout of the sales. The data is filtered by the main worksheet to only show the regional data for the selected mark. There are some limits currently in this first release. Here are some tips straight from Tableau on using this feature effectively:

Despite what Microsoft might say, not every shop is a Windows shop. Many folks out there rely and depend on Linux. Whether it’s as a cost saving measure, a stability consideration or just a plain old preference choice, many enterprises choose to go down the Linux path. Up until now, that limited an organization’s ability to implement Tableau Server in the enterprise. With Tableau on Linux, you can change the number of backgrounders, VizQL and application servers without requiring a restart. Thanks to this enhancement a whole new group of folks can experience Tableau without having to change their infrastructure.

With 10.5 the improvements are not just limited to the desktop or server. Some great new features will be rolling out for mobile users as well.

Android users get some loving with new improved high-resolution visualizations. You can swipe through now even when offline. In addition, the Android app has been given some great performance improvements and vizzes load and interact faster than ever.

For iOS users, new proxy authentication features have been added to support more environments including a specialized app for Blackberry users on iOS.

For all mobile environments, you can now long press and drag across marks to see Tooltips no matter if you’re on your phone or tablet.

Not too much here but some good data updates. 10.5 includes enhancements to the US Postal Service code data. It also includes better geocode support for Southeast Asia, Central America and South America. Now organizations can see maps in more parts of the world.

From the server side we see improvements with subscriptions. One significant new feature is the ability to subscribe users in groups. This feature can potentially save admins a good number of hours. You can now search for groups and add them in one shot. The best part is that permissions can still be set at the individual user level.

Along with subscriptions comes custom messages in emails. This feature can be used for things you subscribe to personally or emails sent to groups or other users. Editing them is a snap and can be done quickly without breaking or deleting existing subscriptions.

Tableau is constantly improving and increasing the number of sources users can connect to for data. No exception to this rule, 10.5 now includes Box integration. With the latest version of beta 2, users can directly authenticate from their browser. It directly supports connecting to a single Excel, JSON or text file from your Box account.

There are currently some known issues with this implementation, but none should be a stopper for getting to your Box data anywhere:

Sometimes you just want a really big dashboard. You have a lot of information you need to share. You have to fit quite a bit on the screen. What to do? In 10.4 and below, the fixed size limit of a dashboard was 4,000 pixels. With 10.5 this size has been increased to a whopping 10,000 pixels. More than enough screen real estate to handle even the most demanding dashboards. This functionality is available in both Desktop and Server.

For users wanting even more from trendlines, Tableau 10.5 delivers the goods. For those not familiar, a power trendline is a curved line that is best used with data sets that compare measurements that increase at a specific rate — for example, the acceleration of a race car at one-second intervals. You cannot create a power trendline if your data contains zero or negative values. For the more mathematically inclined, a power trendline is defined as y=c*x^b.

Below, we see a power trendline added to our Sales and Profit correlation over time. We would expect to see an increase in monthly intervals as we approach our busiest time of year, December. The power trendline shows the anticipated increase.

You may also be interested in our whitepaper Securing and Filtering Data by User in Tableau in which we discuss four common methods for restricting access, along with associated requirements and step-by-step instructions for each. Multiple new features have been added to make the job of the web-based author easier and more efficient. Here’s a look at three of the new features:

In web authoring, you can now set the display text and URL separately in text editing on the web. Hover over your hyperlink and click Edit and a dialog box will appear, letting you edit the text and link. There is a single entry point to the hyperlink dialog box. It will appear after creating a recognized URL and is only accessed by hovering over the recognized text. Mailto, however, is not supported. Additionally, after creating a hyperlink, editing the hyperlink text inline will only modify the display text and not the underlying URL.

Text objects can now be added to web authored dashboards. These text objects were previously unavailable when creating dashboards from the web interface. Now they have the full support as the text objects in desktop including rich formatting.

The Edit Axis dialog allows users to edit the settings of a quantitative axis directly in web authoring. You can now double-click on a quantitative axis to alter its range, scale, title, tick marks or synchronize both axis in a dual axis scenario. Some limitations in this release:

This capability is another huge timesaver for all Tableau users. In prior versions, if you wanted to change the name of a workbook in Server, you had to download it, republish under a new name, then delete the old one. This could cause problems for people who had links to or saved URLs to the old workbook name. Now users can change the name directly without losing metadata information such as use history, subscriptions, favorites, bookmarks, etc. Renamed workbooks retain the same URL that they had with the original name so that bookmarks, dashboard actions and embedded vizzes all still work after a rename has occurred.

We hope you’ve enjoyed reading about all the new features coming out in 10.5. The beta has been great and Tableau has been working extra hard to make this new release one for every type of user. Whether you’re an end desktop user, a mobile consumer or a server administrator, 10.5 has new features to make you happy.

If you’re into being a Tableau ninja, make sure you don’t miss our whitepaper that shares four methods, along with how-to instructions, for filtering data by user.