NOTE: For up-to-date information on Tableau Server vs. Desktop, see an updated blog.

In this blog we touch on the licensing model changes and examine the remaining functionality differences between Tableau Desktop and Tableau Server/Tableau Online.

Below is an overview of the May 2018 licensing and pricing for Tableau. For a detailed description of what is offered with each license type see our blog clarifying what each license can and cannot do. 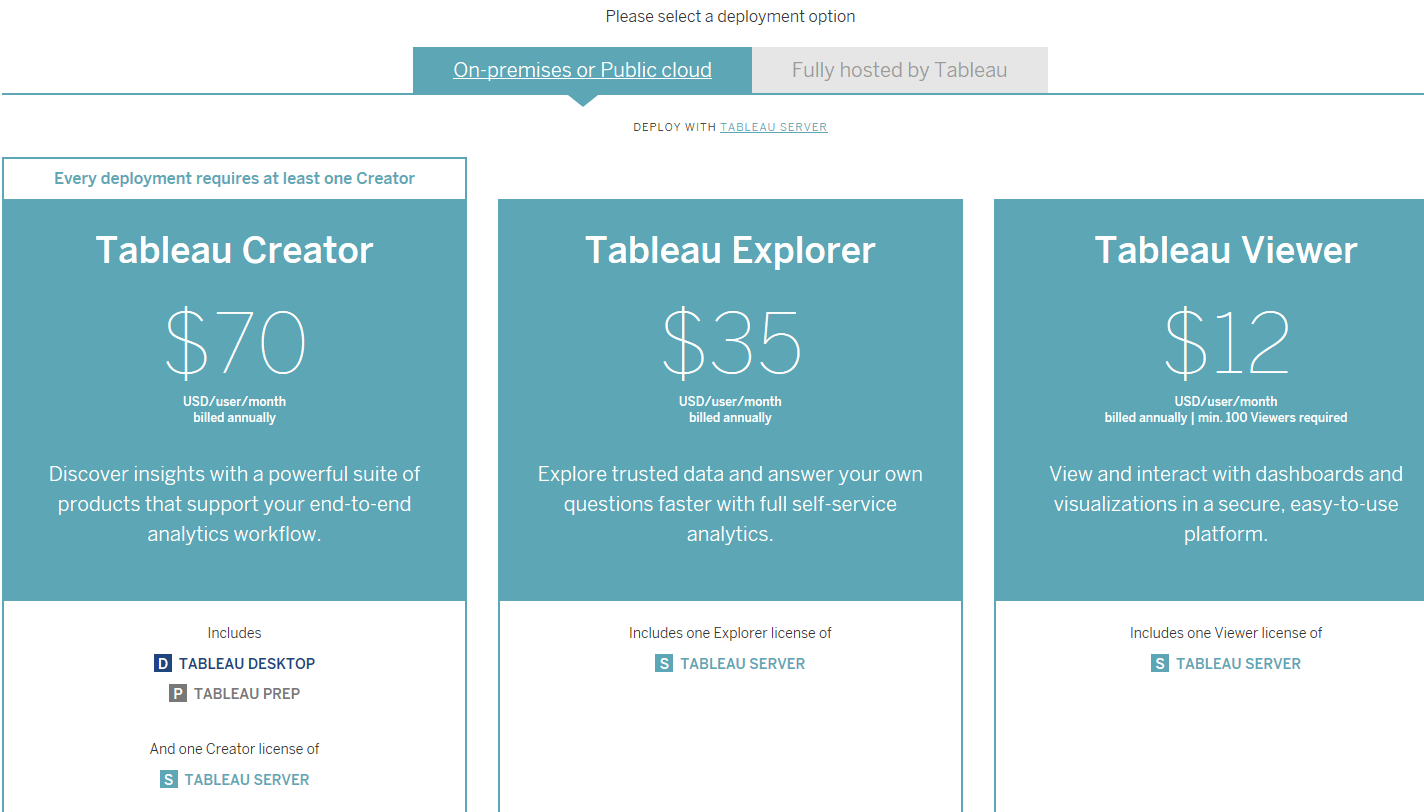 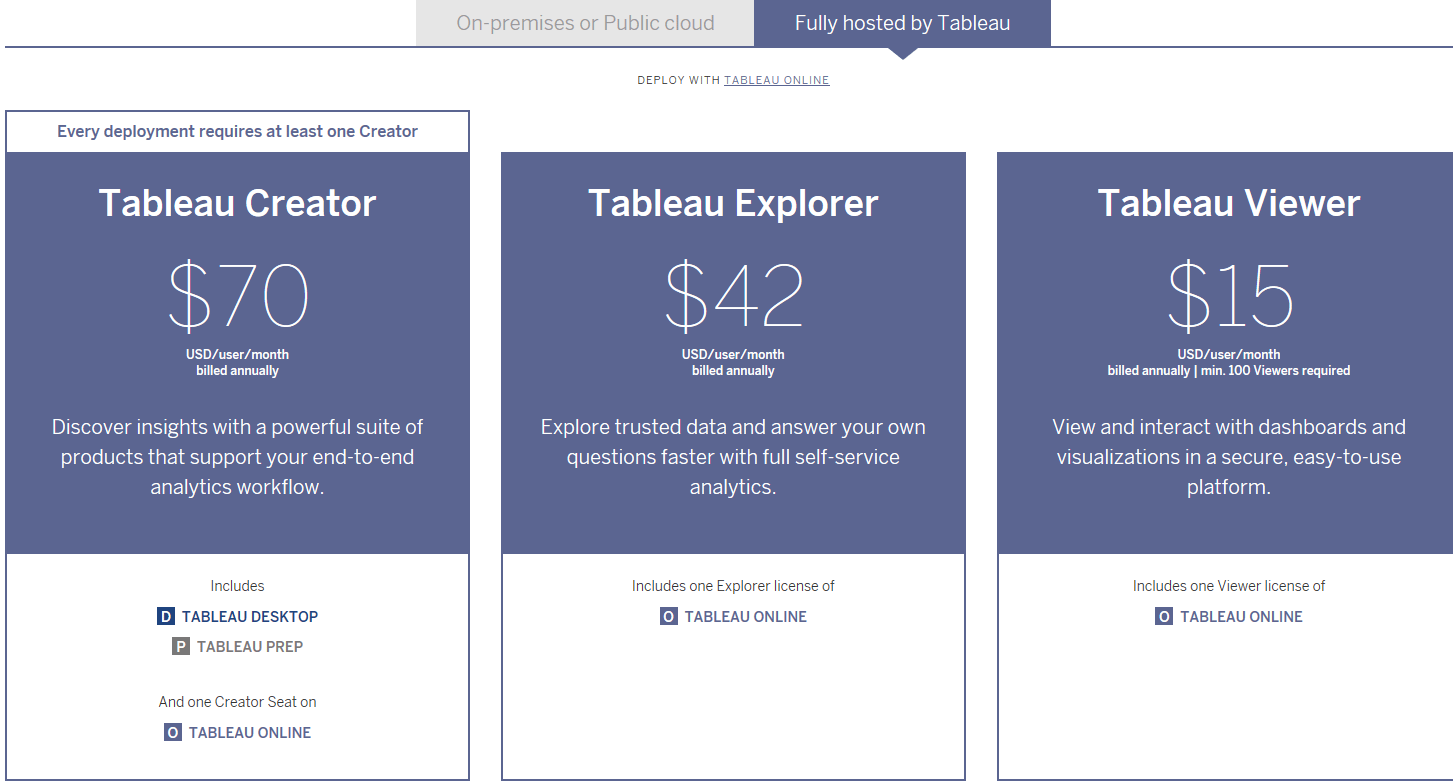 Differences with Desktop vs. Server/Online

The 2018 release removes many of the limitations that existed in the Tableau Server and Tableau Online web authoring environments. One of the biggest changes is the ability to create new data sources in Tableau Online and Tableau Server, a capability previously only possible in Tableau Desktop. Being able to do this right from a browser provides a true end-to-end web authoring experience. 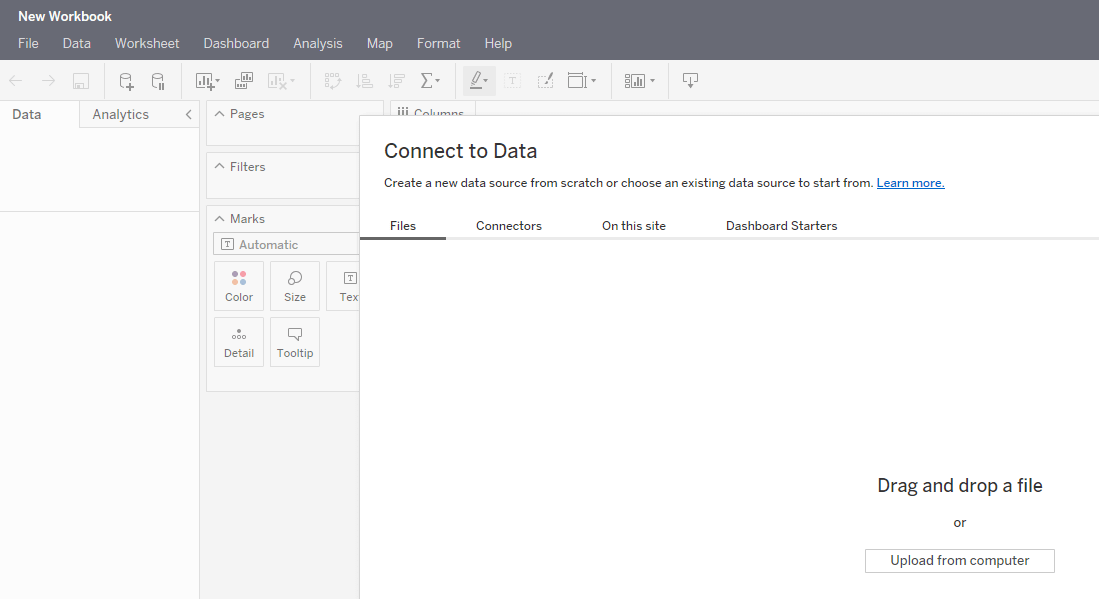 Although most of the dashboard authoring and publishing functionality in Tableau Desktop is now available in Tableau Server/Online, there remain a few key differences:

Tableau Server/Tableau Online allow for much more than the creation of worksheets and data sources. They let you organize content into projects and folders, set up daily, weekly or monthly subscriptions, and group users by project or department. The differences we have listed pertain to the dashboard authoring and publishing components of Tableau Desktop and Tableau Server.

This software release brings Tableau users the freedom to do end-to-end web authoring right from a browser. And the Creator license means you don’t have to choose between Tableau Desktop and Tableau Server because you get both. When it comes to selecting which Tableau tool to use, Desktop or Server, the choice becomes a matter of personal preference and what is available in your company’s Tableau environment.

If your company is not yet on Tableau Server or Tableau Online 2018.1, see our blog outlining the more significant differences between Tableau Desktop and Server 10.x authoring environments.